Webinar: Making the most of the Business Result Online Interactive Workbook

In this webinar, you will find out how to make the most of the digital components that accompany the Business Result series.
You will discover how the Online Interactive Workbook can enhance teaching and learning as Keith Layfield explores the LMS tracking functionality, live chat and discussion tools.
Keith will also offer practical suggestions on how to use the digital content both in and out of class.
Date: 17th April 2014
Time: 09:00 - 10:00 and 16:00 - 17:00 (BST)
Speaker: Keith Layfield

Keith Layfield has been involved in English Language Teaching for almost 20 years. He is currently Senior Editor at Oxford University Press working on business English titles and is lead editor on the Business Result series.
Before moving into publishing with Oxford University Press, Keith worked as a teacher and teacher trainer for 15 years, working for the British Council and other organizations in Europe and South-East Asia.

This is how they do it in Switzerland. The photos were taken in Zurich a few weeks ago. Have a look at this English and think about the importance of its usage in the context. And see if there are any mistakes. 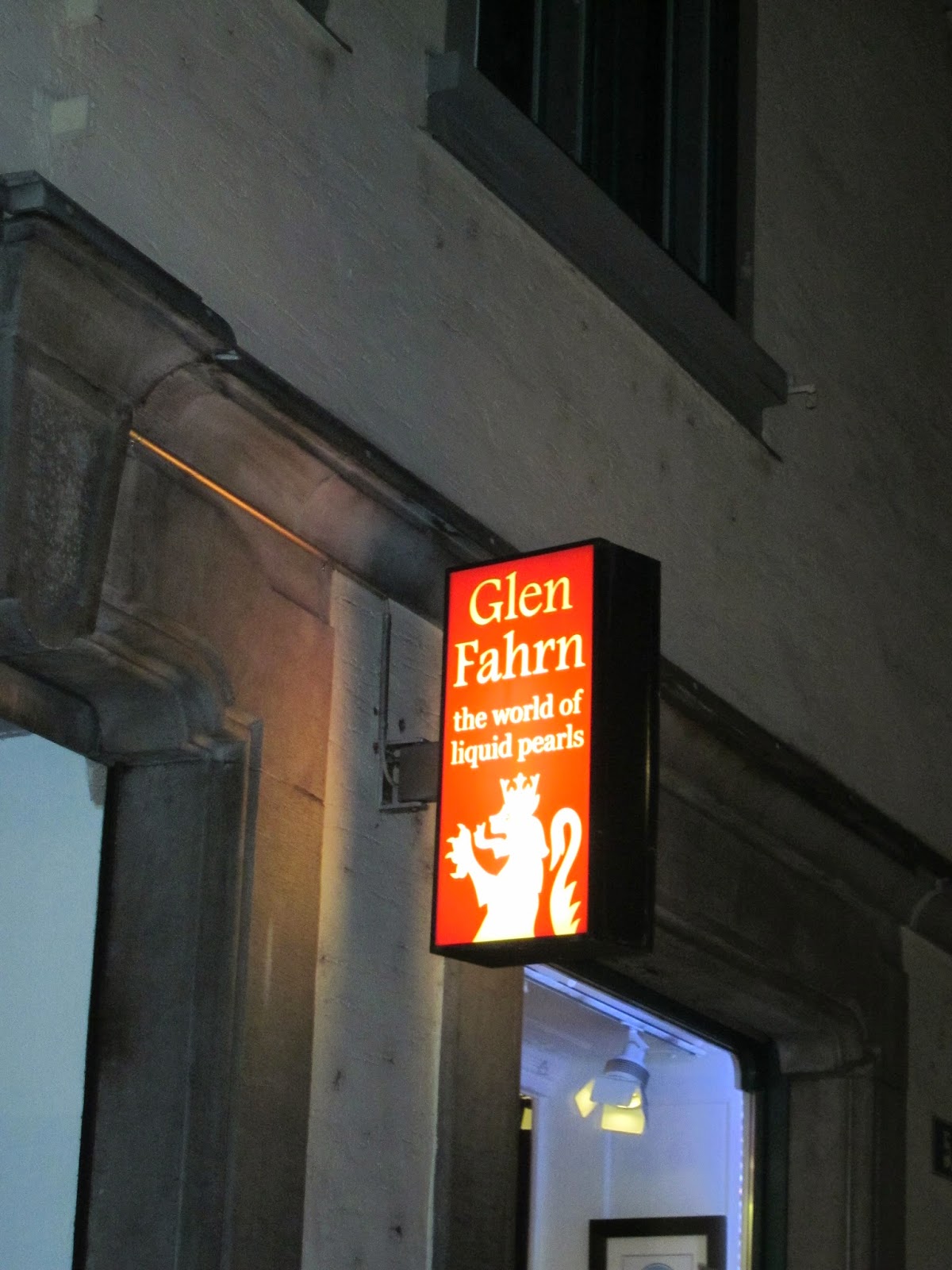 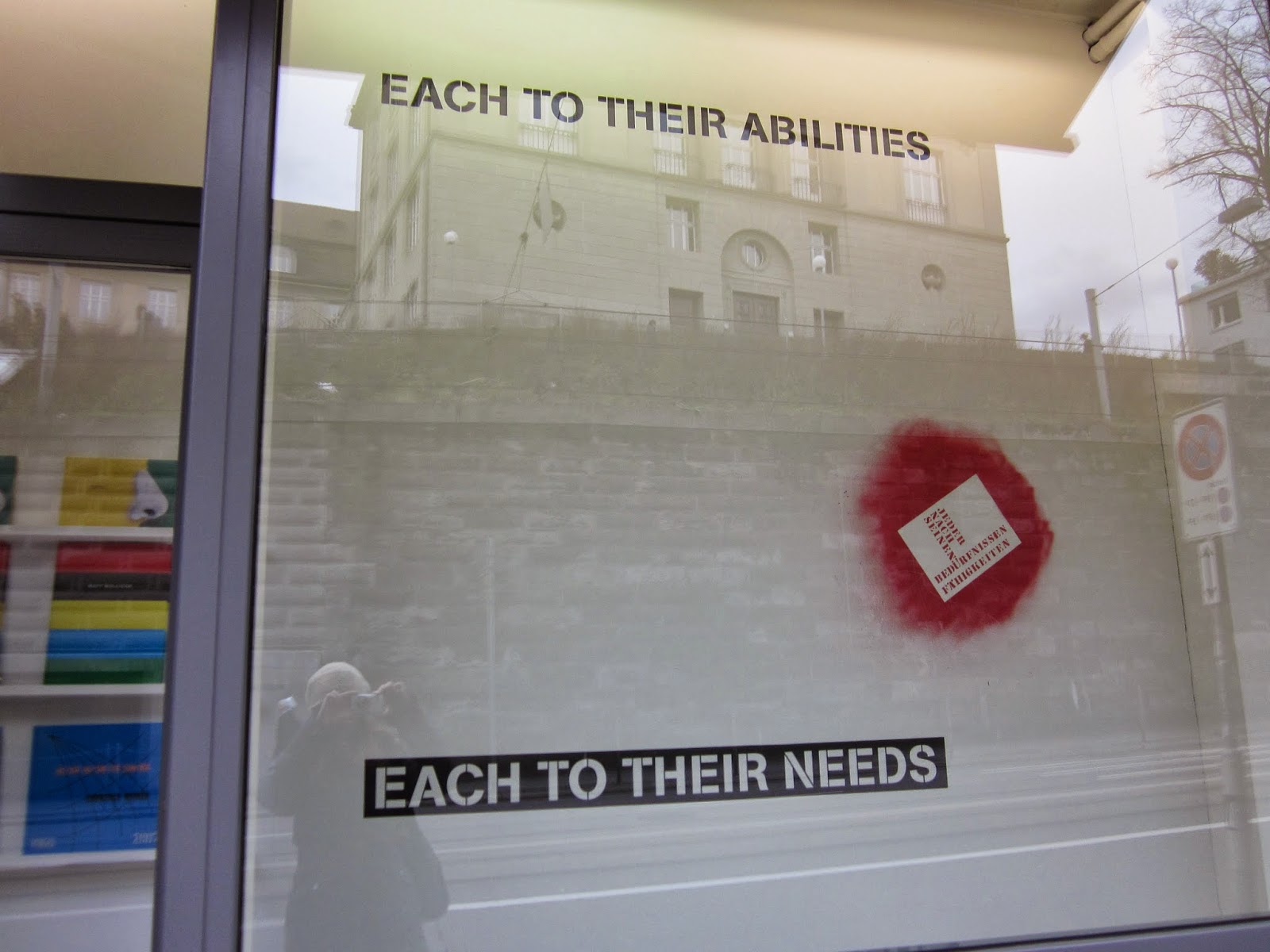 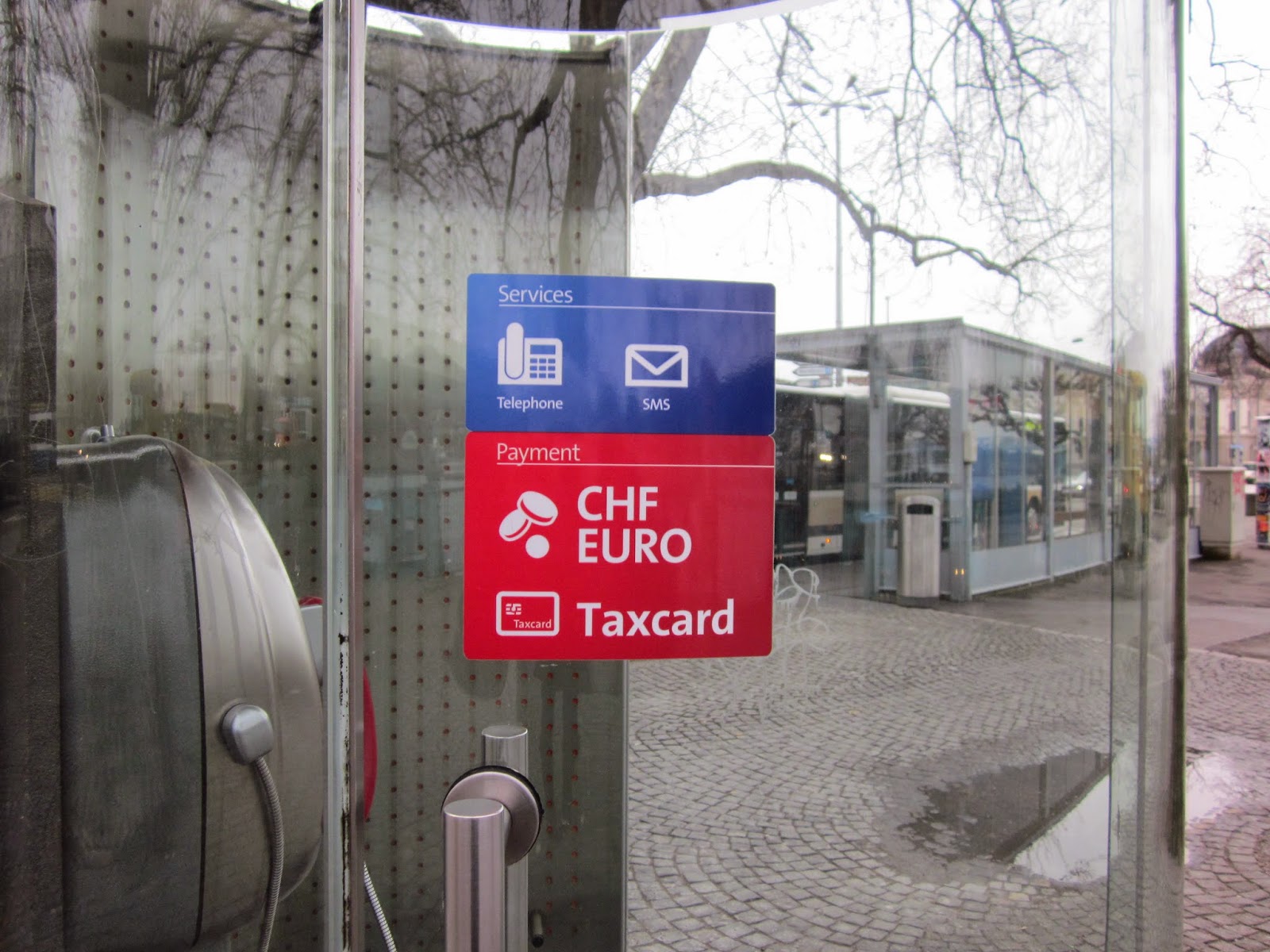 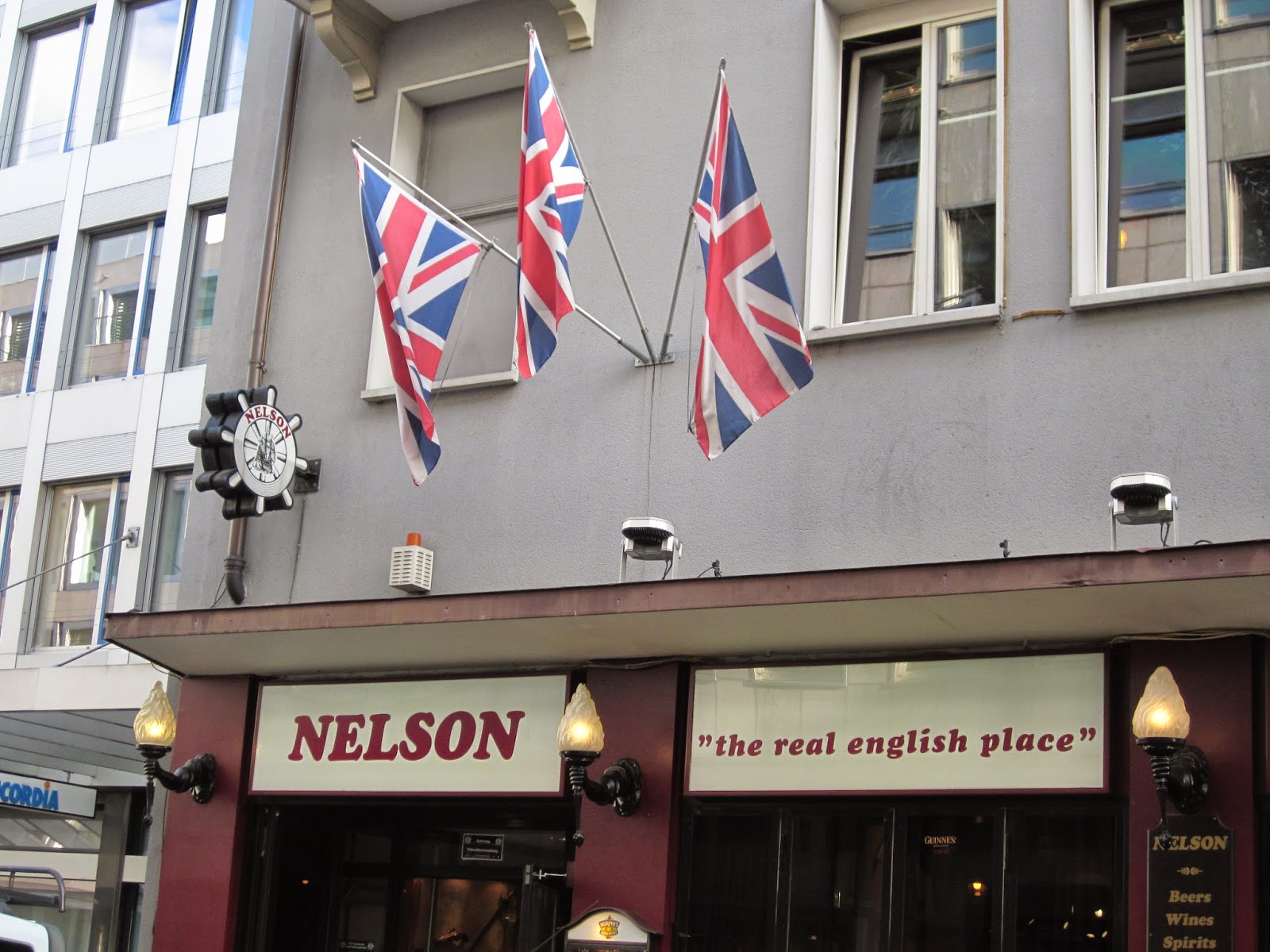 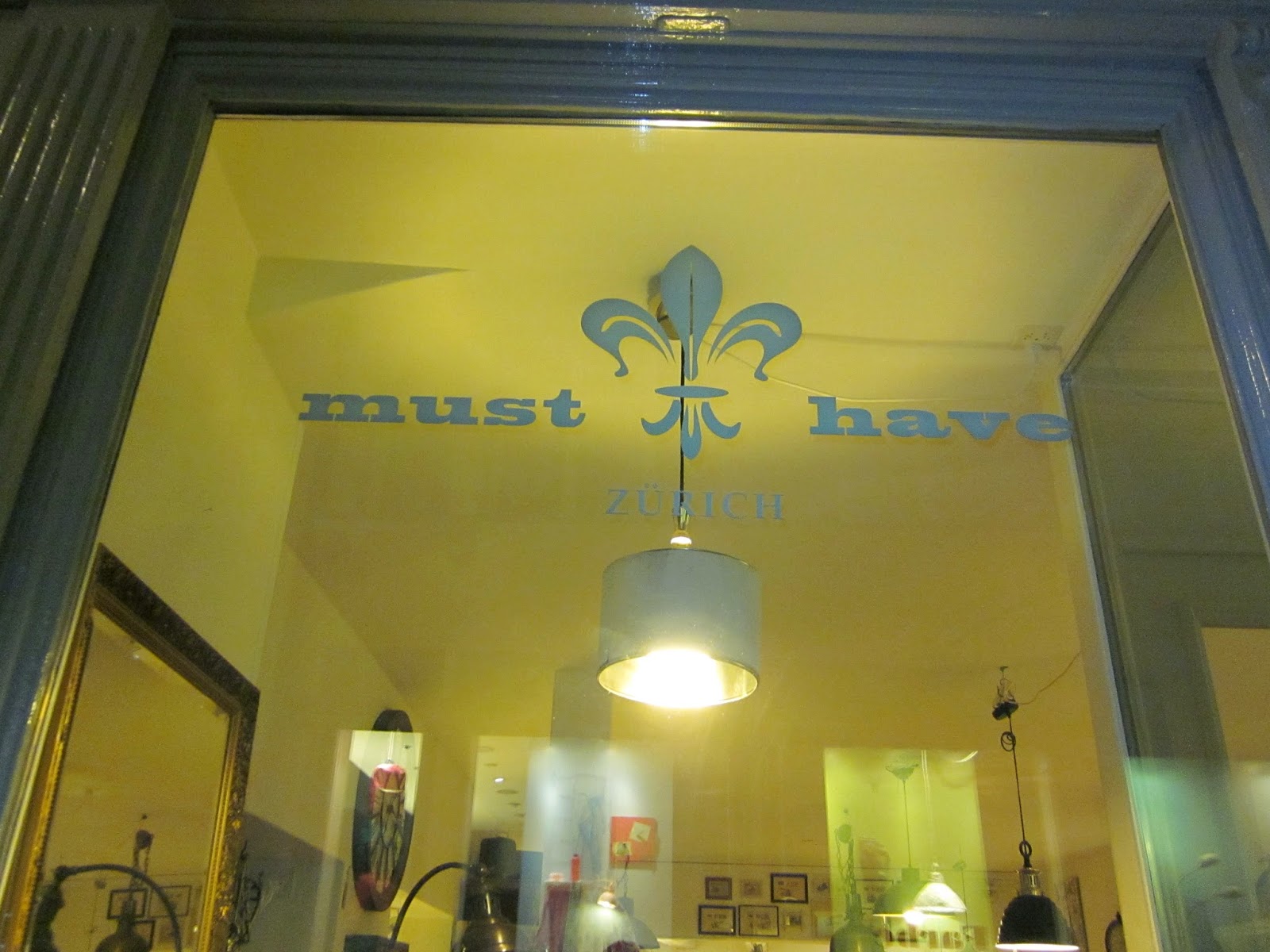 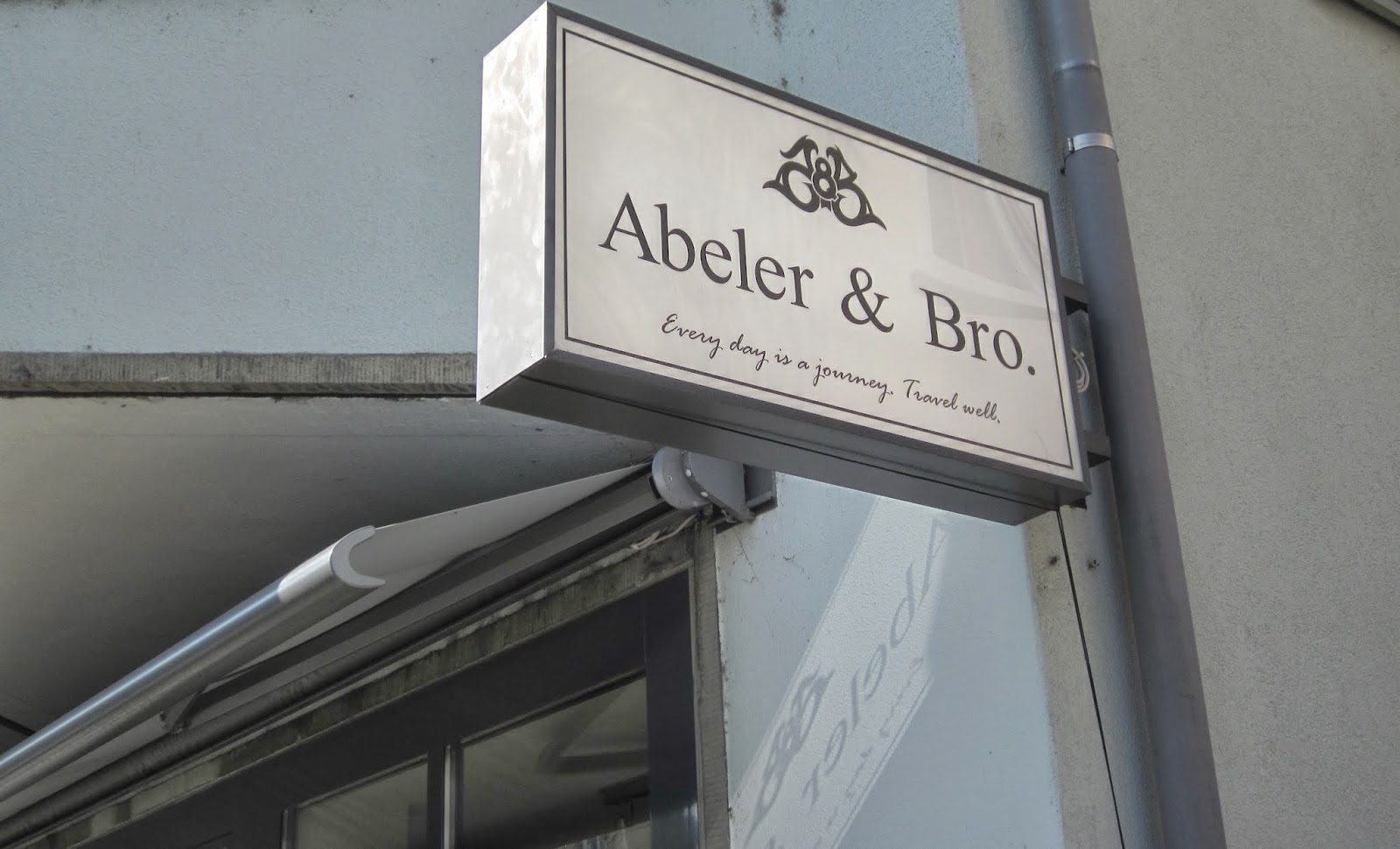 European Writing Competition "What Does an Enlarged EU Mean to You?"

The European Commission has launched a writing competition entitled “What does an enlarged EU mean to you?” targeting young people from the EU as well as from countries in the enlargement process. The winners will receive a two-day visit to Brussels and an e-reader.

This year marks the 10th anniversary of the biggest round of EU enlargement, with the unprecedented accession of ten countries. Today, the EU perspective is open to Albania, Bosnia and Herzegovina, the former Yugoslav Republic of Macedonia, Iceland, Kosovo, Montenegro, Serbia and Turkey.
In this context, the competition will allow young people (aged 15–25) to express their opinions on:
Participants are invited to write an article (max. 700 words) or up to three blog posts (max. 700 words altogether). The competition will be open until 11 May 2014.
National juries will select one entry from each age group (15–18 year olds and 19–25 year olds) for further evaluation by an international jury. The best entry in each category will be awarded the grand prize.

For more information about this writing competition and your participation:
www.ec.europa.eu/enlargement


There are many features of texts which help the reader understand how the information in the text is organised. 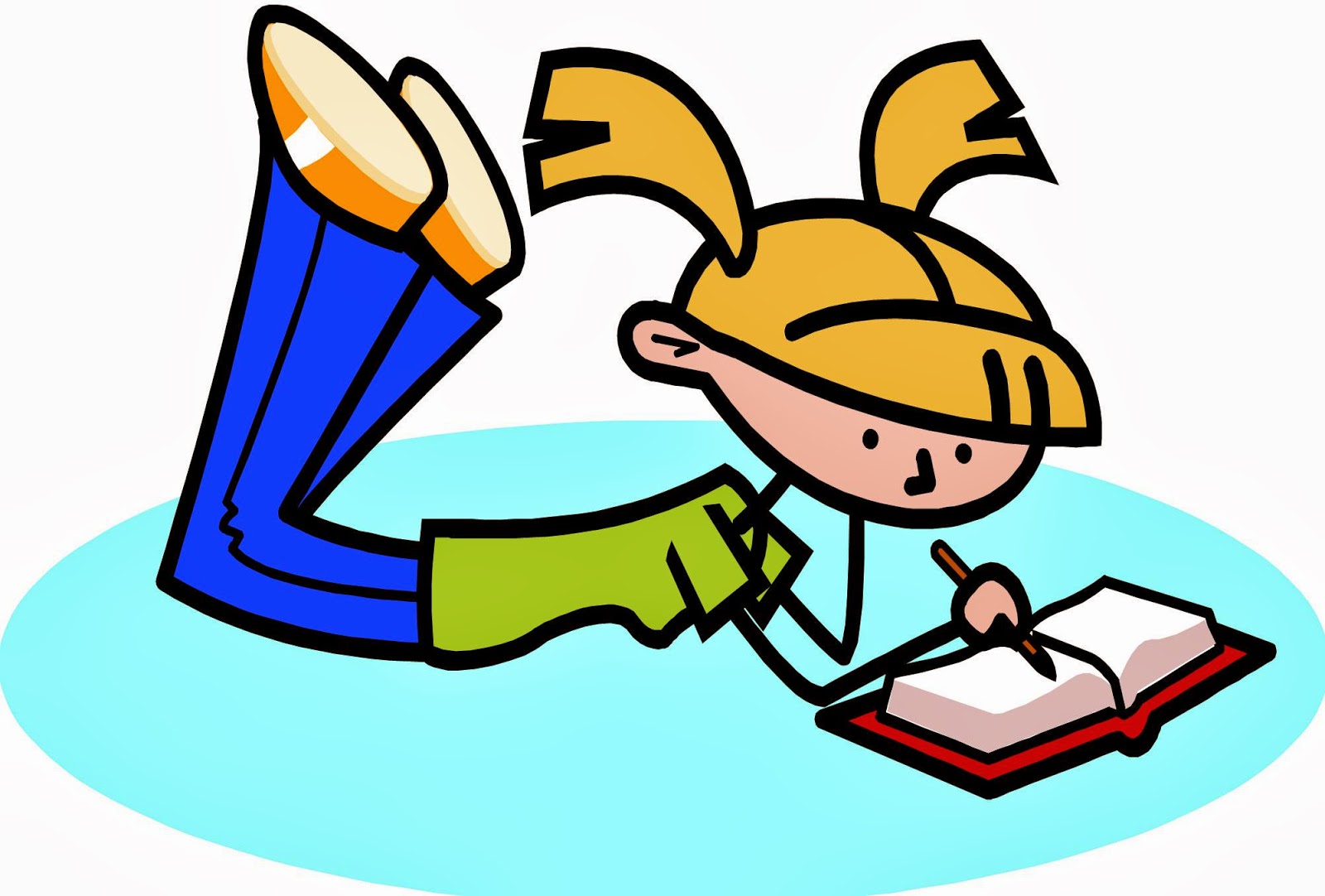 Text organisers or transition signals are the terms that cover a wide range of words and phrases which make a text easier to understand. Let's look at a selection through examples.

- In addition to his house in Paris, he has a villa in Italy and a castle in Scotland.

- As well as the obvious dangers, there was the weather to be considered.

- Not only did he turn up late, (but) he also forgot his books.

- The whole report is badly written. Moreover, it's inaccurate.

- He won't mind your being late - besides, it's hardly your fault.

- I suggest we use La -Ram as our main suppliers - they're good and furthermore they're cheap.

- The lamps were absolutely beautiful and what's more, the children had made them themselves.
- We missed the train, and on top of that we had to wait for two hours for the next one.

- Four of our players were ill, and to make matters worse, our main scorer had broken his ankle.

- The identity of the attacker is known to the police. However no name has been released.

- There are serious problems in the country. Nonetheless (Nevertheless), we feel this is a good time to return.

- It rained every single day of our holiday - but we had a good time all the same.

- The kids walked home by themselves, although they knew that it was dangerous.

- While I fully understand your point of view, I do also have some sympathy with Sarah's.

- Even though he left school at 16, he still managed to become the most famous actor.

- Despite repeated assurances that the product is safe, many people have stopped buying it.

- I know you don't like her, but you still don't have to be so rude to her.

- "Didn't you find the film exciting?" "On the contrary, I nearly fell asleep half way through it!"

- I prefer city life as opposed to country life.

- He must be about fifty, whereas his wife looks about twenty.

- Their economy has expanded enormously, while ours, in contrast, has declined.


- Cars must stop at red traffic lights: similarly, bicycles should stop too.

- The author has made an insightful translation. Also, she has captured the poetic tone of the original piece.


- At first I thought he was joking but then I realized he meant it.

- Trade opened between Europe and Japan; after that artists were exposed to Asian culture for the first time.

- Trade opened between Europe and Japan. Before that artists had had little exposure to Asian culture.

- Trade opened between Europe and Japan; since then, the art world has done much to acknowledge this new partnership.

- You have to fry the garlic. Next, add the ginger.

- In accepting this award, I would like to thank the producer, the director, the scriptwriter and, lastly, the film crew.

- After the trade embargoes were abolished, eventually both parties realised the benefits of a trade  partnership.

- Gradually, she realized that he wasn't telling her the truth.

- After months of looking he finally found a job.

- Jim fails to provide evidence for her argument: as a result this text is flawed.

- He's an expert in his field, and is paid accordingly.

- No control group was included in the experiment; thus, the conclusion drawn is rather ambiguous.

- Her mother was Italian, hence her name - Laura.

- I spent most of my money in the first week and consequently (as a consequence) had very little to eat by the end of the holiday.

- We were unable to get funding and therefore had to abandon the project.


- The government does not intend to cause any further provocation. For that reason, all troops have been withdrawn.

- The employers have promised to investigate these complaints, and we in turn have agreed to end the strike.

- Generally (broadly) speaking, it's quite a good school.

- We have our bad times but on the whole we're fairly happy.

- There are a few small things that I don't like about my job, but by and large it's very enjoyable.

- To a large/some/a certain extent, this has been an encouraging year for the company.


- I'd better write it down, otherwise I'll forget it.

- Smith tends to use emotive language, indeed, this makes her case highly persuasive.

- The chef required many ingredients to prepare her banquet; for instance, fresh herbs and many types of mushrooms.

- In conclusion, I would like to thank our guest speaker.

- In summary, the dietary needs of patients are important and should be the domain for trained nurses.

- Finally, each of the memory systems operates in tandem to allow learning and cognition to occur.


Of course, this list is not exhaustive, but it should give a few ideas about transition words you can use and recognise. Please do share with me the ones you often use or find in texts.

I hope you've enjoyed it.

EAL is a growth sector in the English teaching world. In this webinar, Verity Cole explores the differing demands of the area, and some engaging ways to start your lessons. 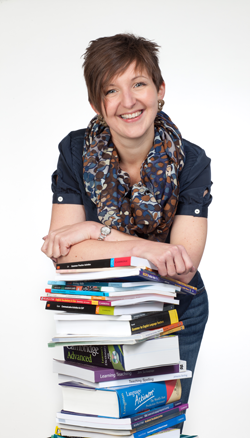 All you need to do is to register at www.cambridgeenglishteacher.org and then register your interest for the webinar. All attendees will receive a certificate of attendance.

Verity is a freelance ELT teacher, trainer, editor and writer.  She has over thirteen years international experience of teaching at all levels and is CELTA and DELTA qualified. She currently teaches EAL at St Mary’s School, Cambridge alongside running her own publishing business, CreatEd.

If I had known this when I started teaching...

Let's see, if you had to look back and were given a chance to give your younger self a piece of advice for the first day of teaching, what would you say? What kind of a teaching tip would you give yourself for that very first day?
If you are willing to tell it to British Council – the most interesting and inspiring advice can win you one of the British Council online courses for teachers or a year-long IATEFL membership!
In order to participate in this competition, all you need to do is:
The results will be announced by 18 April 2014 by email.
Complete the form
For more information about the competition, visit British Council.
Posted by Aleksandra at 11:58 No comments:
Email ThisBlogThis!Share to TwitterShare to FacebookShare to Pinterest
Labels: advice, beginning, British Council, competitions, English teachers, first days of teaching, the english language

We are looking for teachers all over European countries willing to cooperate with us on this unique project called INTERNATIONAL VILLAGE. The perfect candidate is an enthusiastic teacher working at school where teenagers aged 14-18 study.

The main idea of the Project:

Students from different countries meet in a hotel located in Slovakia (Stara Lubovna) and stay there for 5 full days. During that time they take part in different integrating activities like: English workshops, sport activities, art activities, trips to nearby attractions (among others water park “Aqua City” in Poprad and Cracow in Poland) and other intercultural activities. All the activities are led by native speakers from UK, Canada and USA.
The official language of the project is English, so the participants will have no choice but to use this language almost 24 hours a day. Thanks to that they will break the shyness in speaking a foreign language which is a serious problem for many of those learning English. This Project is an interesting alternative to school trips which don’t  bring many benefits for students.
This Project represents an interesting alternative to school trips which don’t bring many benefits for students. Apart from creating an excellent opportunity for teenagers to speak English, the project benefits participants in something which is more important. Thanks to participating in this project teenagers will have a chance to see that although their peers live in a bit different reality and speak different mother tongue, they are very much alike; they listen to similar music, they are inspired by the same role models, they are facing similar problems etc.

INTERNATIONAL VILLAGE project is also a great opportunity for teachers to meet teachers from another countries that can result in fruitful cooperation and exchanging ideas. 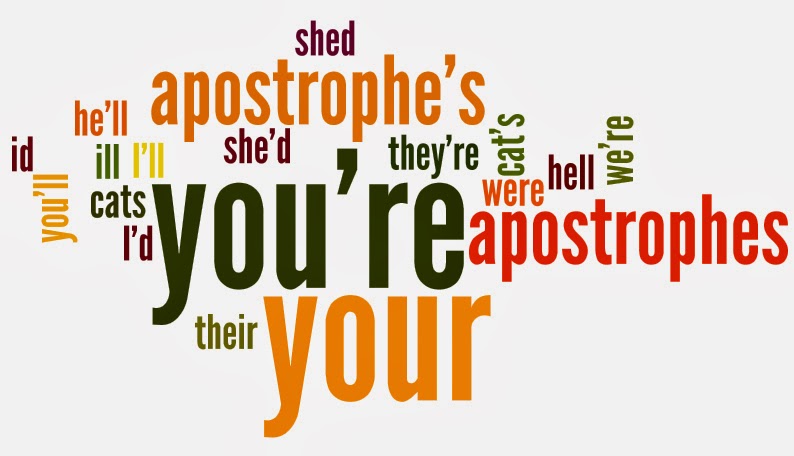 Use the apostrophe for the possessive case of many nouns, contractions, omissions, and some plurals.

NOTE: When a singular noun ending in s is followed by a word beginning with s, use only the apostrophe, not 's.


Here is an exercise for you to practise.

Webinar: What good teaching materials should do: Part 1 - Vocabulary


This webinar will look at features that can improve the range and depth of a student’s vocabulary.

Topic: What good teaching materials should do: Part 1 - Vocabulary 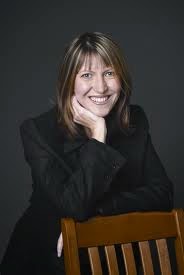 Description: In this webinar series, we consider the most useful features to look for in teaching materials, and how these features can positively impact your students' learning experiences. In this webinar of the series, we consider features that can improve the range and depth of a student's vocabulary. In addition, techniques for encouraging students to actively log vocabulary are presented. Knowing that students need repeated exposure to new vocabulary items, we suggest several fun activities for recycling vocabulary in meaningful ways to keep vocabulary at the forefront of students' minds.