This year's amazing IATEFL ended on a cheerful note, and its 50th anniversary was a good enough reason.

Have you heard of Jan Blake?
Jan Blake is one of the leading storytellers and performers, specialising in stories from Africa, the Caribbean and Arabia. Her storytelling is known as dynamic, exciting and witty. The way she performs is extraordinary. She is the winner of many storytelling awards.

I highly recommend watching the plenary of Jan Blake, in which she shares a selection of her favourite stories (the ones she read, heard, told to herself).
Storytelling represents one of the most powerful learning methods, thus the session is well worth hearing. 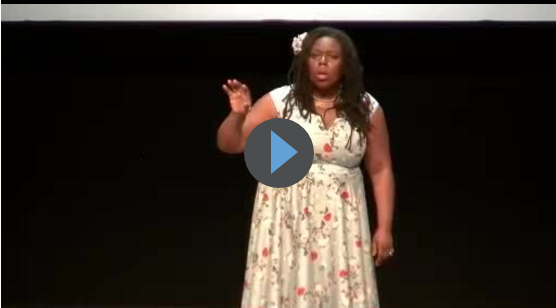 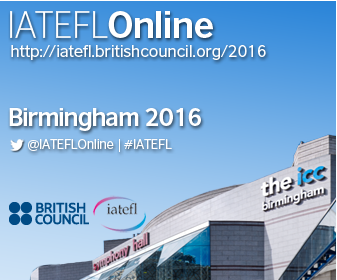 Although, unfortunately, I didn't attend the 50th (a golden jubilee!) IATEFL conference, I have the honour to be one of its online registered bloggers.
Today's post will briefly discuss the plenary by one of the greatest linguists - Professor David Crystal, who is the patron of IATEFL.
I met the professor a couple of years ago at a conference and I find his work truly inspiring.

The focus of Crystal's talk is on principal changes in all areas of the English language, referring to the changes of vocabulary, grammar, pronunciation, etc. that have occurred in the last fifty years and those that are likely to happen in the next five decades. We see swift language change as a consequence of different factors, such as the Internet and globalization. He even expresses sympathy for language teachers, as English and its norms change at such a rapid rate that the language teachers once learnt to teach is no longer the same and acceptable. Of course, every living language is destined to be altered, but now we can talk about words and phrases that have a very short life - becoming old-fashioned quicker than it took them to get popular. I'm afraid that the future will only quicken the pace of (vocabulary) change and that teachers would need to learn how to best adapt for the sake of pupils.

Grammatical change is far less evident than vocabulary, and several processes of that change have been identified:

1. The frequency of modal verbs is declining, such as shall, must and may, both in spoken and written English (especially in American English), in all text categories, and have been replaced by semi-modals, such as have to, be going to, want to = hafta, gonna, wanna (colloquially);

2. The progressive aspect is on the increase, e.g. I'm lovin' it.
Stative verbs have been used dynamically, once only in simple form (I'm needing a new coat, I'm wanting a new fridge, It's mattering to me greatly, I'm knowing the answer);

3. Change in the use of relative pronouns - that and which. That is used much more than which, and the use of which is greatly decreasing.
As Crystal put it, it is the direct result of antagonism towards the use of which by the prescriptive grammar tradition.

Where will such trends lead us to? How should we perceive grammar in the future? Should a trend become a rule? I would love to hear your answers.

As far as English pronunciation is concerned, the professor suggests two major changes over the last 50 years:

If an accent attracts positive values, it can be trusted and will be widely used.
The attitude towards accents will certainly remain unpredictable, as different influences will occur. Even the Queen's accent doesn't stand still.
David Crystal argues that the future seems to be syllable-timed, but we will see whether it would (still) be dominant and to what extent.

''The pressure to maintain correct spelling is so great through educational and publishing systems that it will take a great force to change public perceptions of what counts as correct. The Internet may be that force.''

So, the Internet plays a key role in bringing language change to the attention of the general public, as well as the broadcasting media and literature. There are numerous examples.

Simplification seems to be the prevailing trend in every aspect of language, as it has been present in every inch of our lives.

''The most difficult jobs in the world are language-related jobs.''

ELTA Competition for Teachers and Students in Serbia 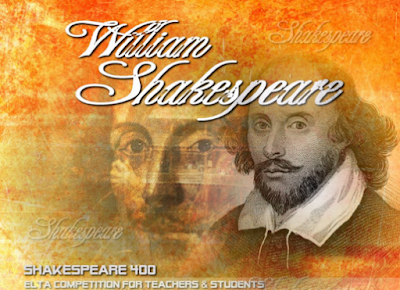 You are invited to send your authentic lesson plans, quizzes, games and other Shakespeare-related classroom activities, which will be posted on ELTA's website and Facebook page. Each month from February to May 2016, two book prizes will be given to teachers who send the most inspiring ideas, and a special prize will be given to the teacher whose activity gets the most likes on Facebook.

You are also invited to send your or your students' drawings, illustrations, paintings, photos or collages of Shakespeare's quotes which will be posted on ELTA's Facebook page, and in June 2016 the best illustration will be chosen and its author will be rewarded.

You can send your contributions here.